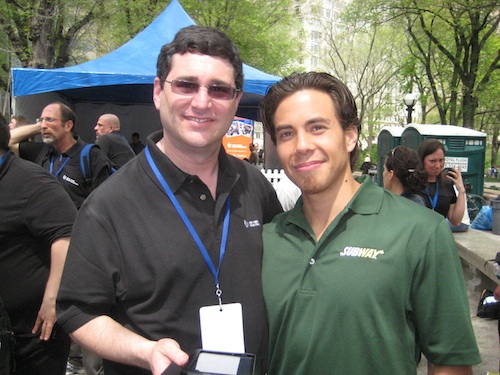 As part of Nokia’s efforts this year at SXSW to raise awareness of the over 4 million acres of land burned in Texas wildfires last year, they’ve started a contest to generate someÂ excitementÂ and re-plant some of those trees.

I’ve been asked to participate as a blogger/twitterer in this friendly contest, called #IJustPlantedATree @SXSW 2012. For thisÂ participation, they’ve given me one of their slick Nokia Lumia 800s to use.* Â From the site:

So, during our time at the Interactive portion of SXSW, we invited 50 of our favorite Twitter friends to help us out in our mission. They will take part in a 48 hour online Twitter challenge using the hashtag #ijustplantedatree. Each time they tweet with that hashtag, 5 trees will be planted locally by our friends at the Arbor Day Foundation. To make sure we keep up the pace, an online leaderboard has been established, and will start to keep track of who is planting the most trees.

There is a sub-contest where the tweeter who plants the most trees gets one of the shiny new Nokia Lumia 900 phones. Great if I win, but I’m not concerned about winning. If you re-tweet me, you’ll also be helping plant trees (not helping me win).

So if you see Tweets regarding “ijustplantedatree” you’ll know what I’m up to.

*Disclosure – it is my option to keep or return the phone – I have not decided yet what I will do. I will update this later.